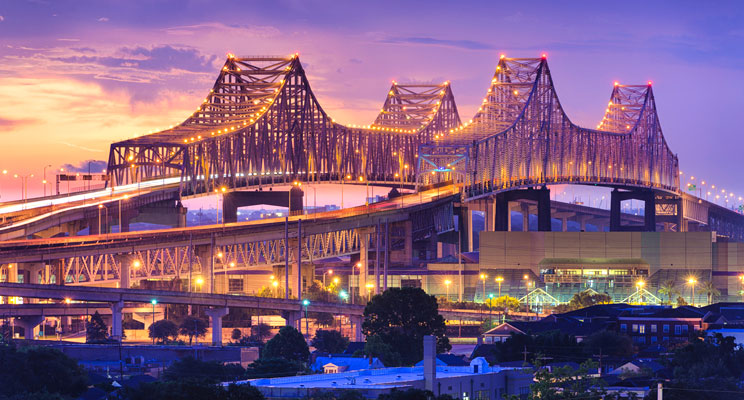 Customers looking to book cargo from Asia into warehouses and distribution centers in the southern US should be looking at the growing number of services available into gulf ports such as New Orleans and Houston.

The expansion of the Panama Canal has seen cargo volumes coming into the gulf rising steadily over the last year. With steamship lines taking notice and expanding service to the region, shippers have an opportunity to reap significant benefits.

Historically, cargo heading to the southern US would be discharged on either coast and would then be transported via rail to New Orleans or Houston. Discharging at a gulf port eliminates the rail portion and results in a cost savings that far outweighs the additional base ocean freight for going direct to the Gulf.

Although cargo volumes have increased in the Gulf region, the number of inland carriers has remained relatively stagnant. Increased demand means finding the best rates in the area can take a lot of leg work. A single call to ITG will line up the best pricing from among 20+ carriers in New Orleans and 50+ carriers in Houston. That’s even more time and money saved on the move.

Hopefully, you’ll be able to take advantage of the increasing service to the gulf coast soon. If you have questions about these services, please don’t hesitate to ask.